Little Leopard On The Move! 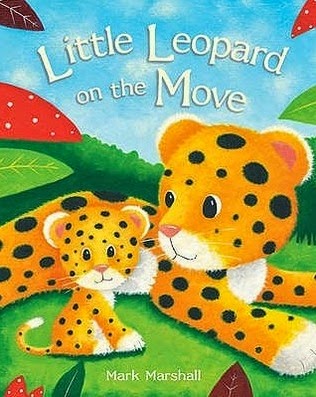 Read this beautiful story to Le Xin about a cute little leopard and she was really fascinated with it.

This sparked her interest in wanting to paint a leopard.

She asked Mummy can we paint this baby leopard?

That's a great idea, I am sure we can do that....I replied with lot's of enthusiasm but at the back of my mind I was thinking  should I look for a leopard template over the internet and have it printed out for her to paint since I know I really can't draw a picture of a leopard? 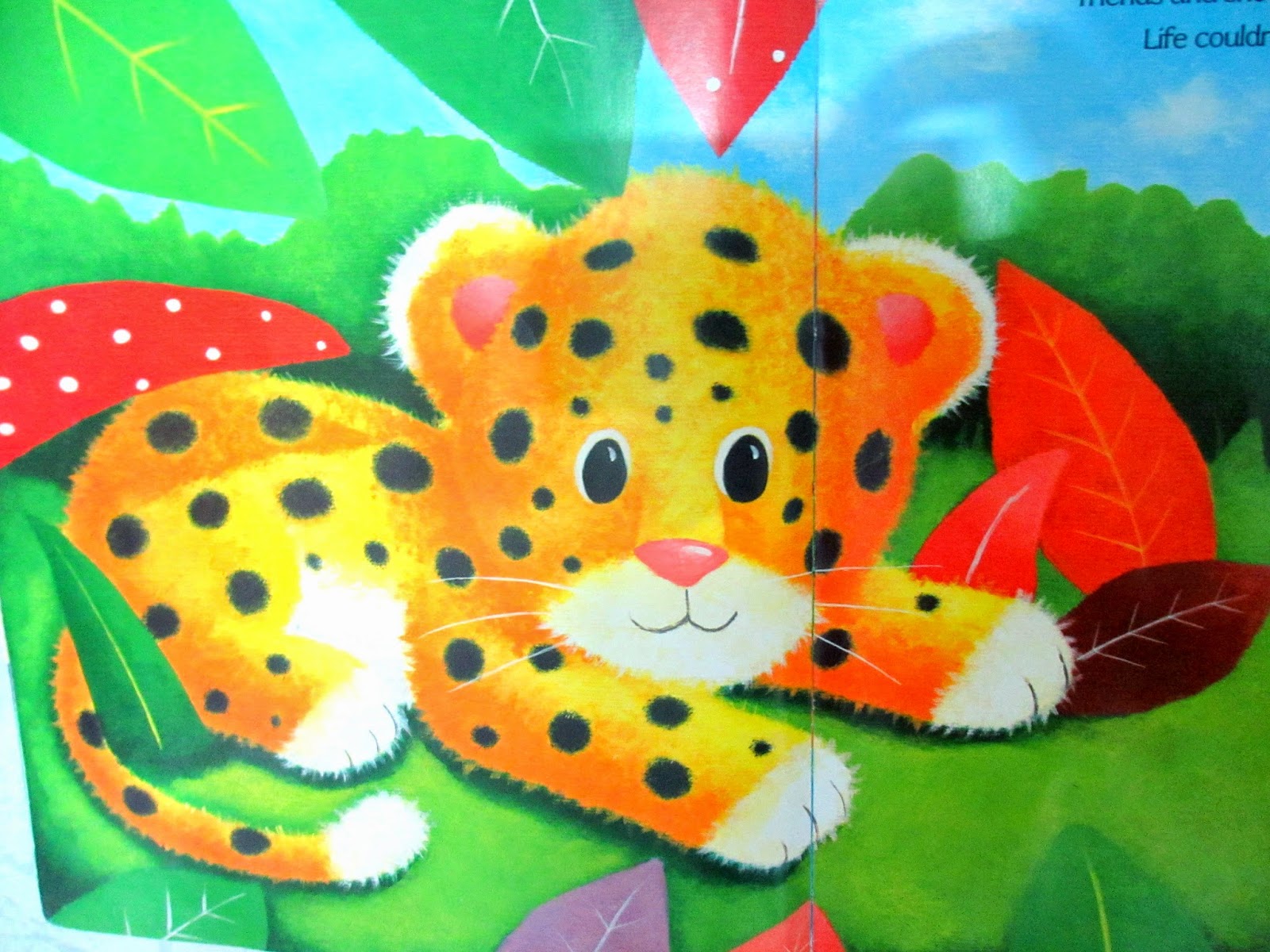 As I was flipping through the pages, an idea came! 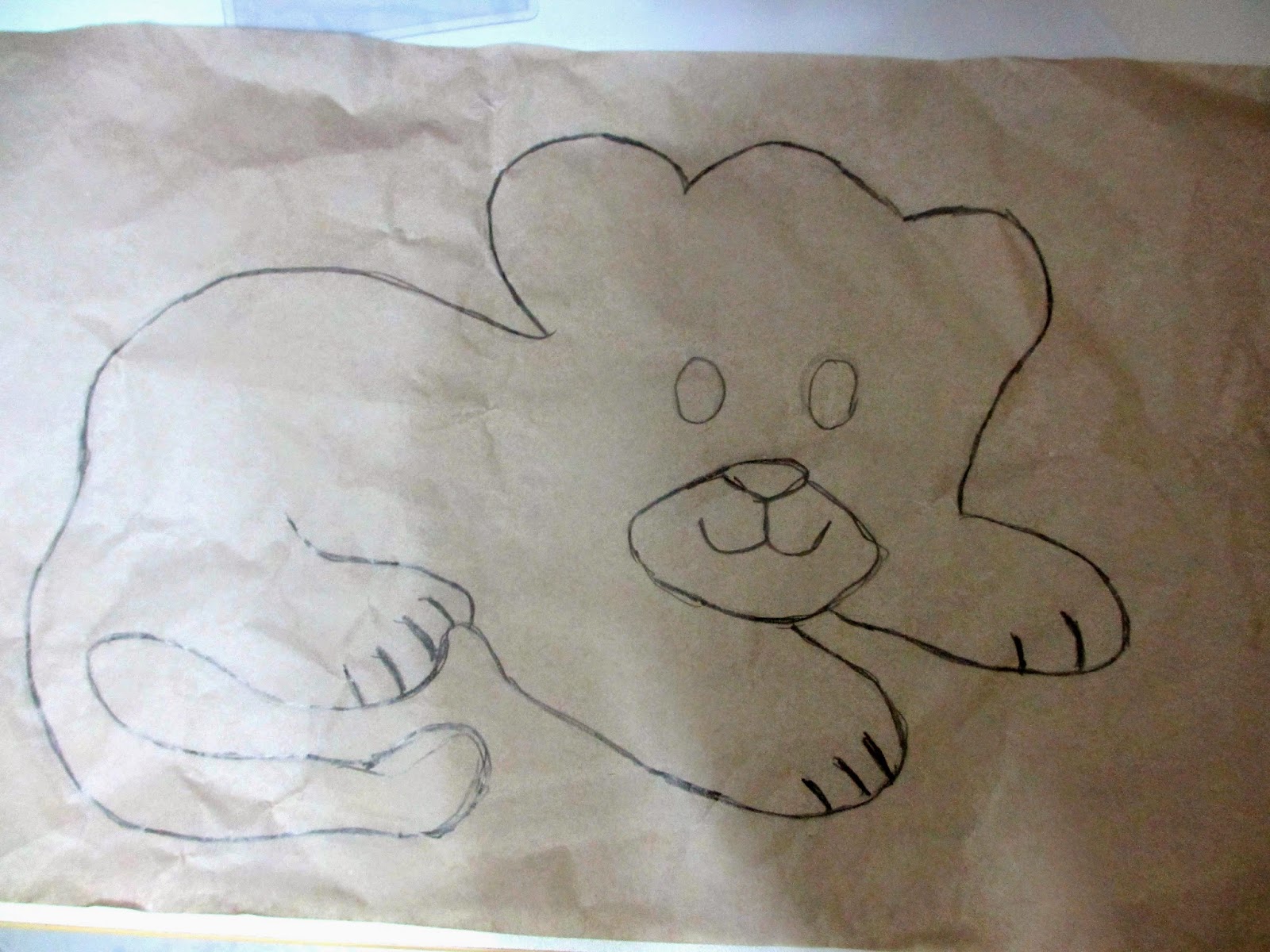 Even though I think I do not have a flair for drawing, I could still make use of a tracing paper to trace the leopard and have the picture transferred onto a piece of drawing board. 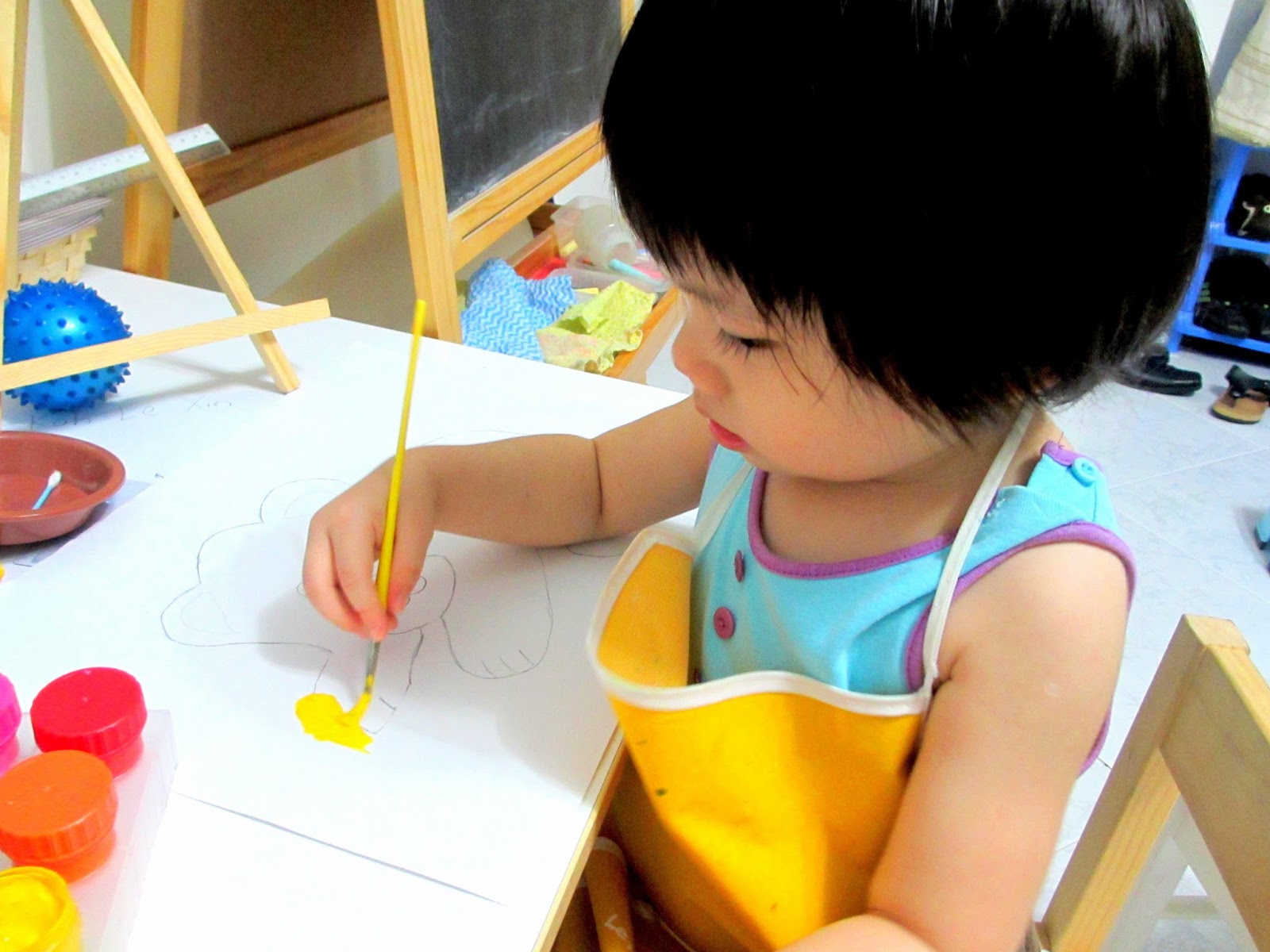 With that, Le Xin began to paint, she chose yellow as the main colour for her leopard....Good choice Le Xin :) 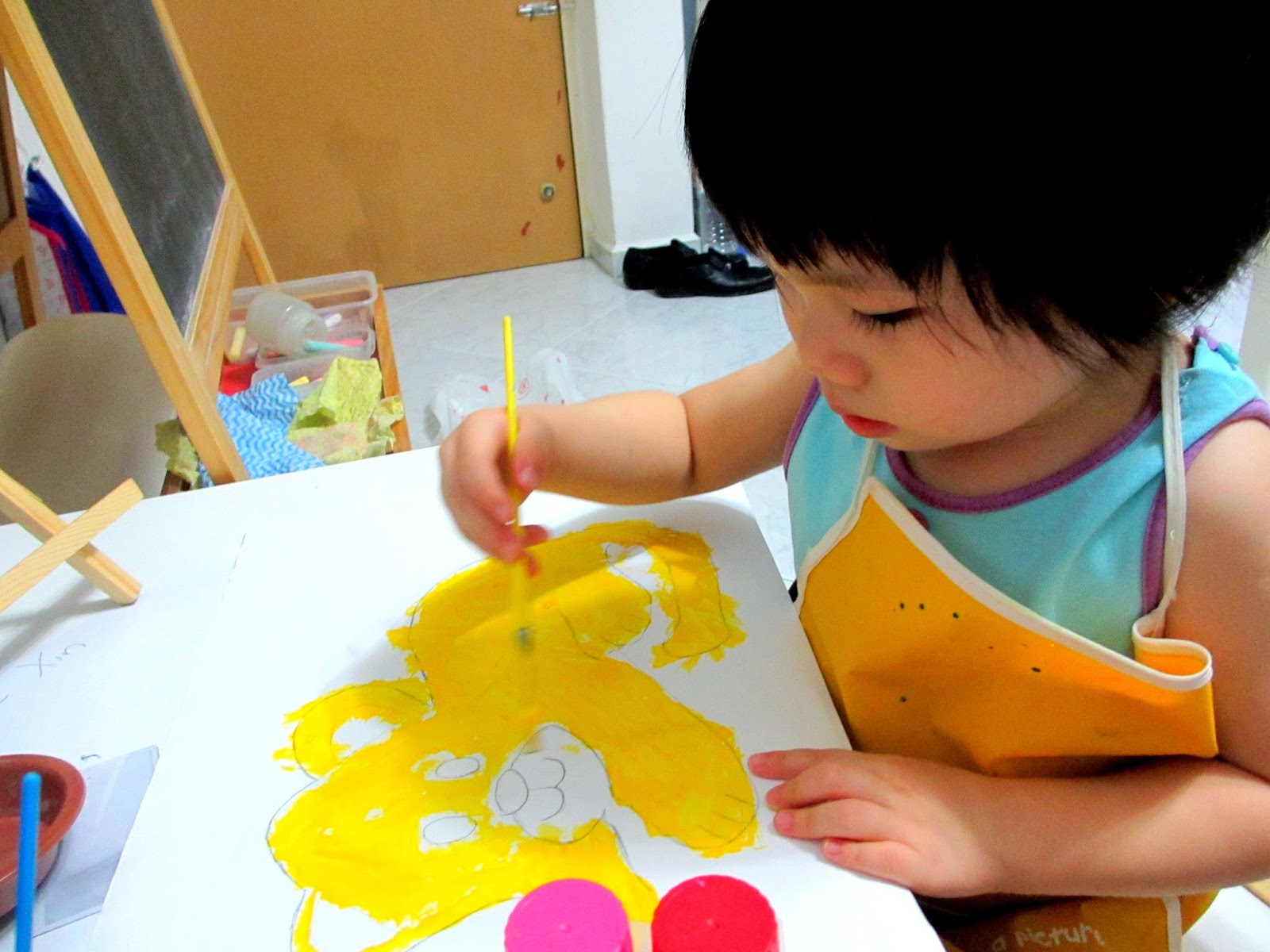 I like how Le Xin knew exactly which areas to leave out...She said Mummy, I cannot paint the ears, the eyes, and the mouth, they are not lehlow (yellow) 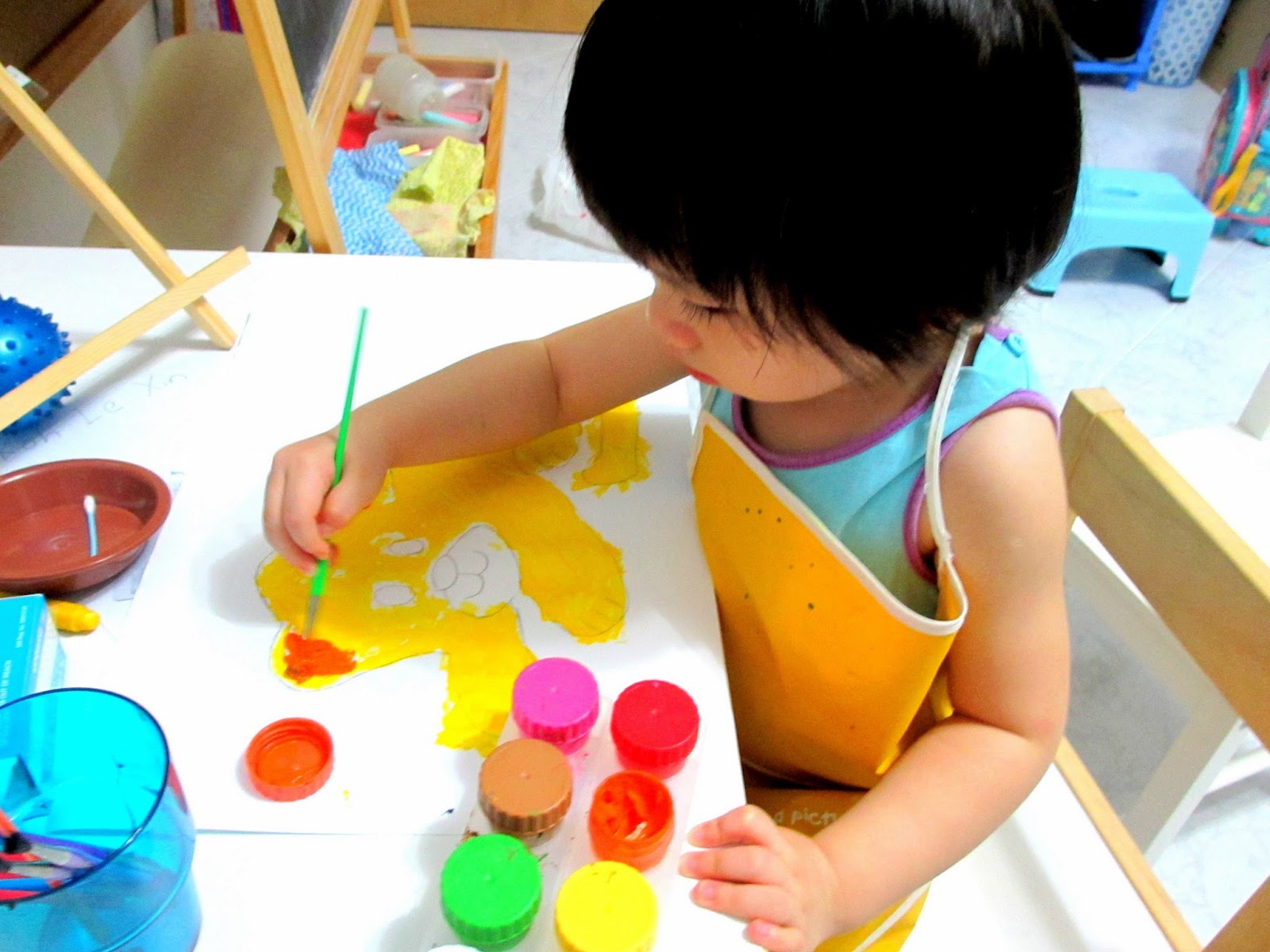 Next, she chose brown for the leopard's ears.... 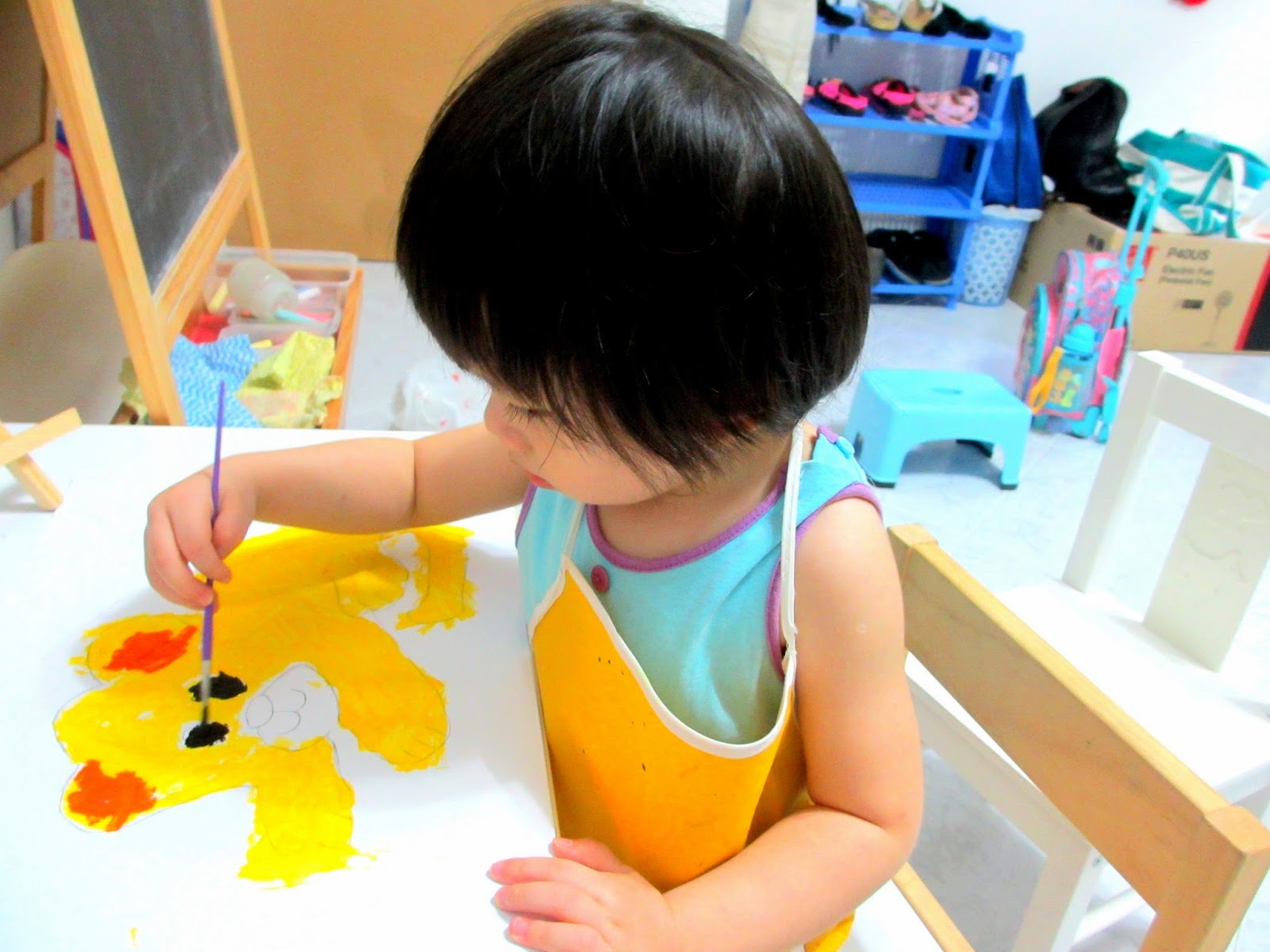 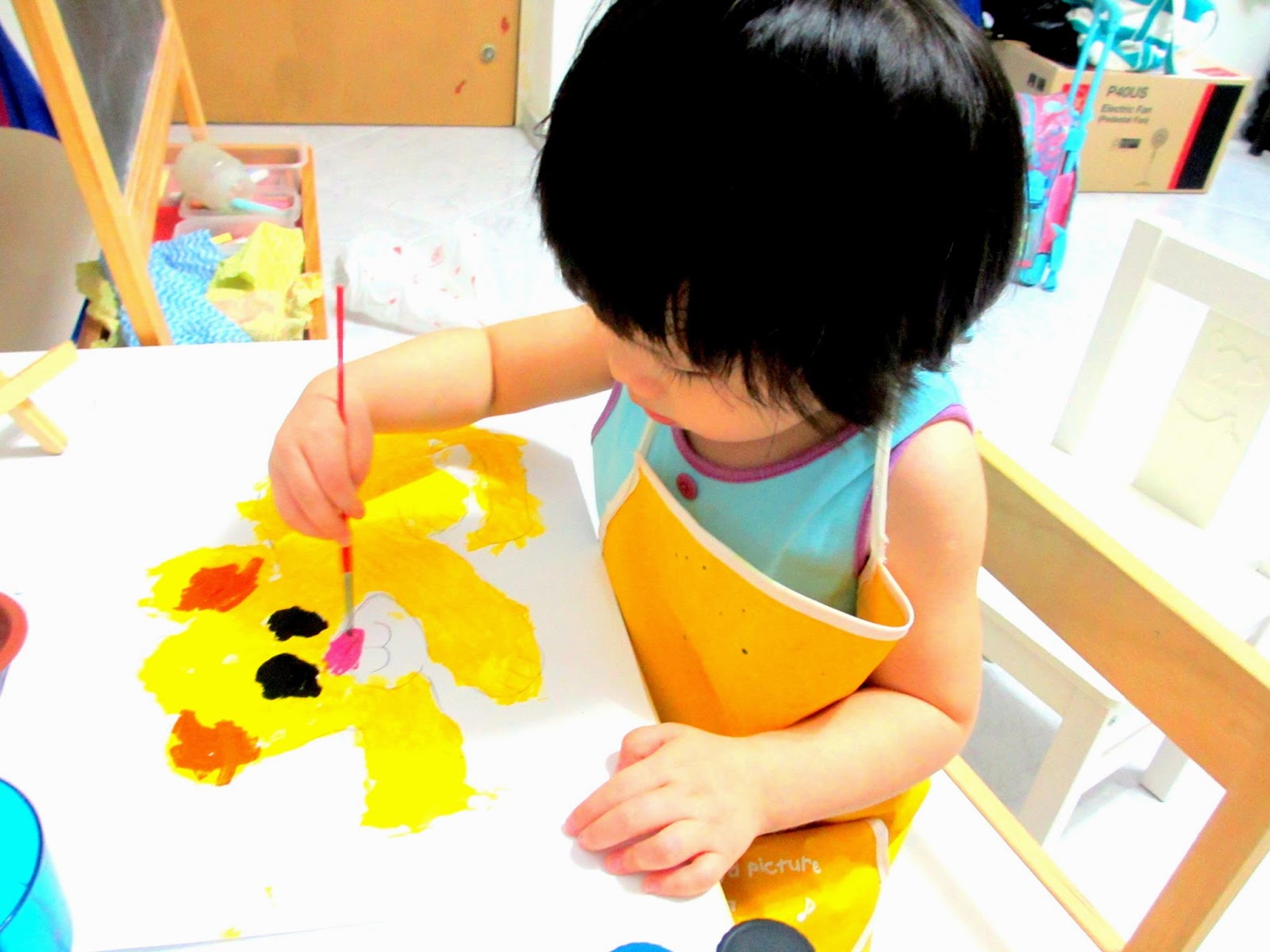 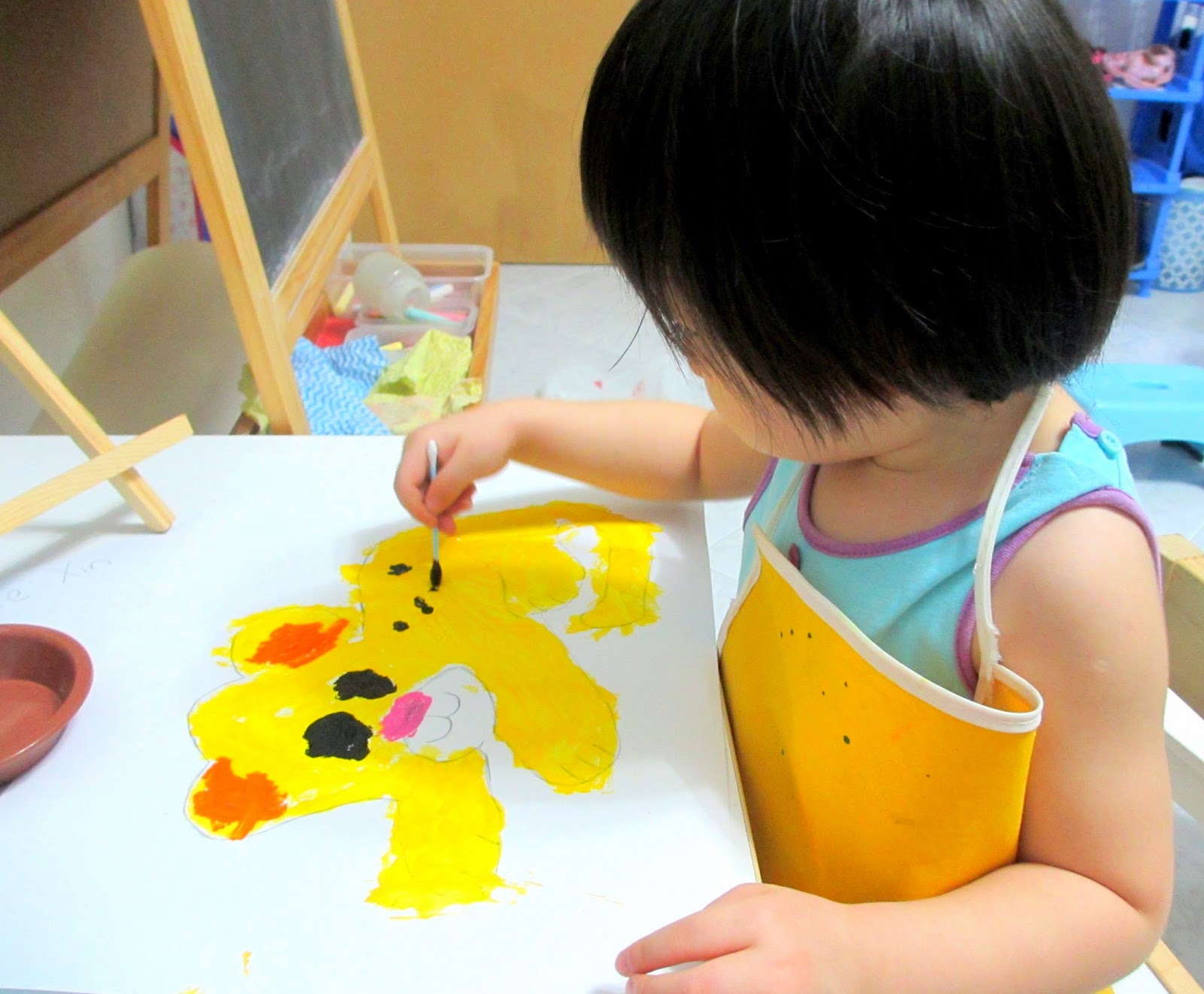 She also used a cotton bud to create the spots for her leopard! 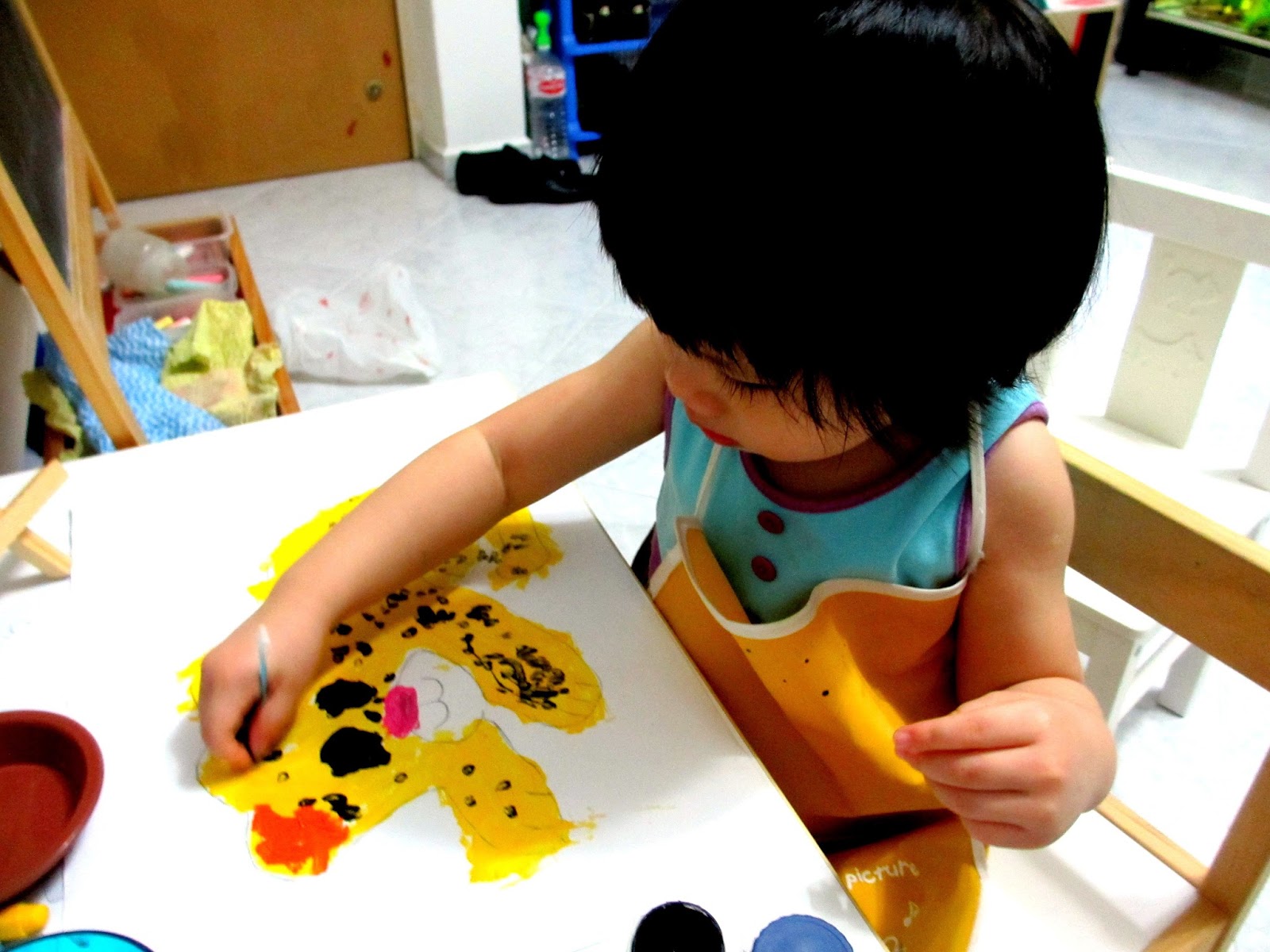 Lastly, she painted the leopard's mouth black and I used a a bit of white paint  to paint the curvy lines on the mouth... 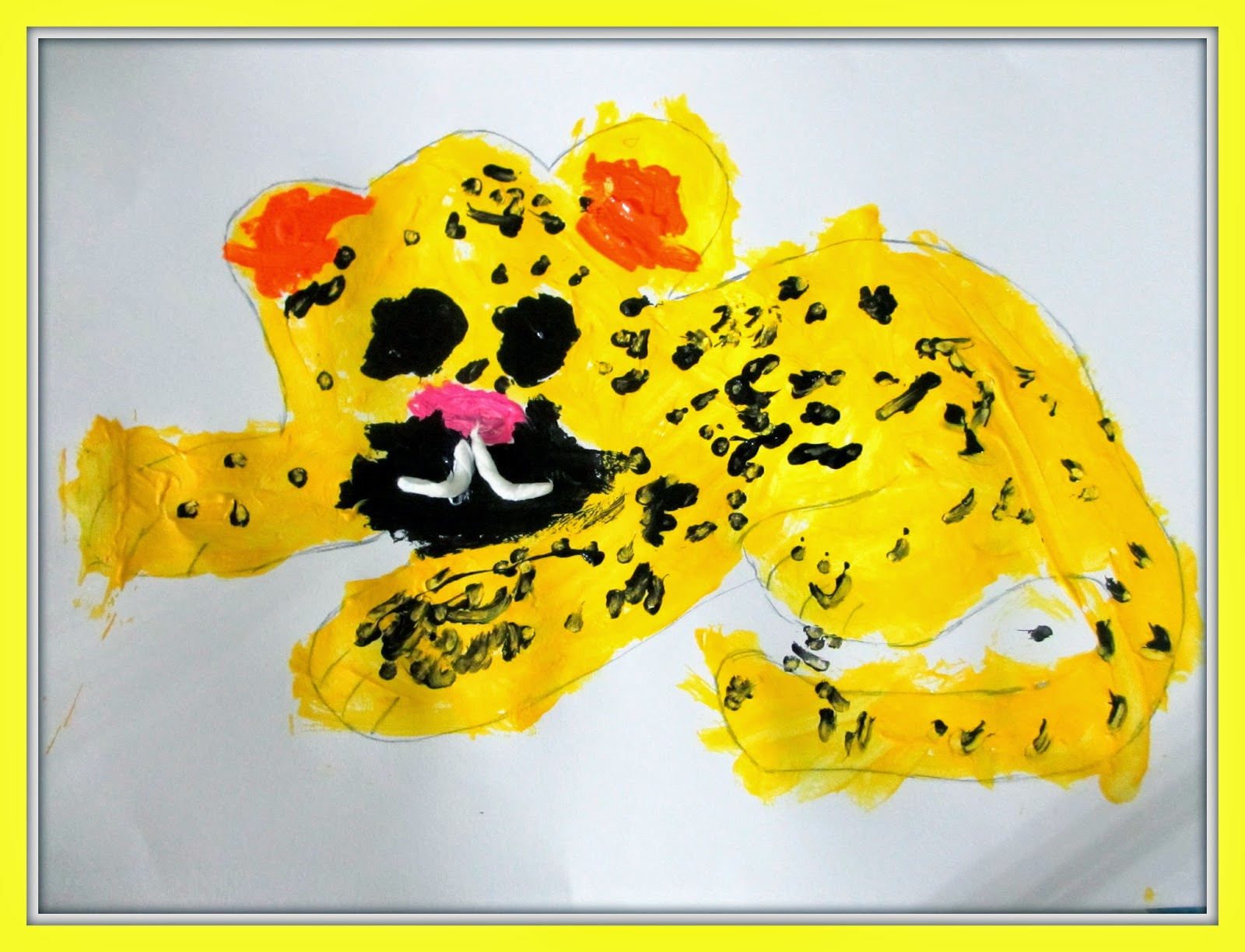 Today, I would like to share with you about the Wonder of Learning... "Do not point to the children, the path already known, but if you really want , only teach life's magic!"  - George Gaber  (An Italian songwriter)

At one point, I used to really worry will my lack in talent for the Arts hinders me in teaching Le Xin? What I was really missing out was the life's magic that tags along whenever I engage myself with Le Xin in every Art activity.

So what's is this life's magic that I am talking about?

Well, it's a pretty sophisticated idea!

Basically, life's magic is to experience a change in consciousness, walking inside of a great mystery on another path. Sometimes I heard people saying "Magic is in the air" but  I really couldn't figure out what it is all about.

For example in the above experience, I was so conscious of how the leopard would look like, I even wanted to print out a leopard template for Le Xin to paint but  I chose to trace the picture instead. I believe if I want to, I can actually draw the picture by myself and who knows, it might end up looking quite decent :p

Le Xin on the other hand led me into the idea of  JUST DO IT AND SEE WHERE IT TAKES YOU....She confidently painted the leopard without any given instruction by me. She was capable of  choosing the colours by herself, confidently dipping  the paint using the cotton bud when creating the spots and the best part was her leopard looks the fantastic to her because she has put in good effort!

When I compare myself with her after the whole experience, I realised that at a tender age, Le Xin has already mastered the life's magic that I have missed out and I hope you have a clearer picture of what I was trying to put across. There are indeed many things we can learn with and learn from children and that's the wonder of learning!
Posted by MummyT2X at 21:30