In the evening, Auntie Janice came by with a present for Le Xin's birthday.  Two pots, a little shovel, volcanic potting mix and a packet of marigold planting seed. I felt that this was a very good gift. Why?  1) It's special 2) It helps to create an experience 3) It doesn't cost much yet it makes a child so HAPPY! 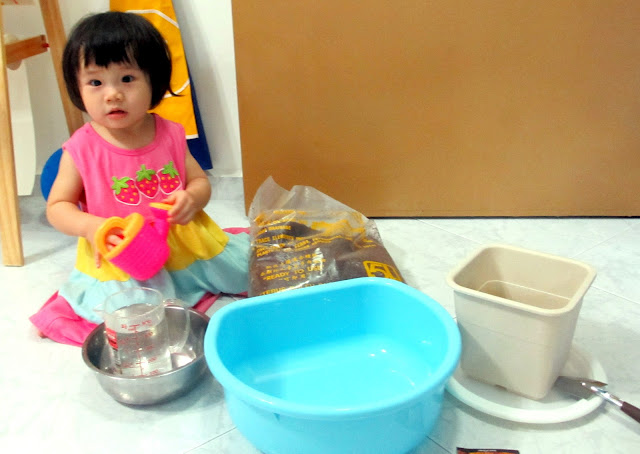 As usual, I introduced to her the materials that were needed.... 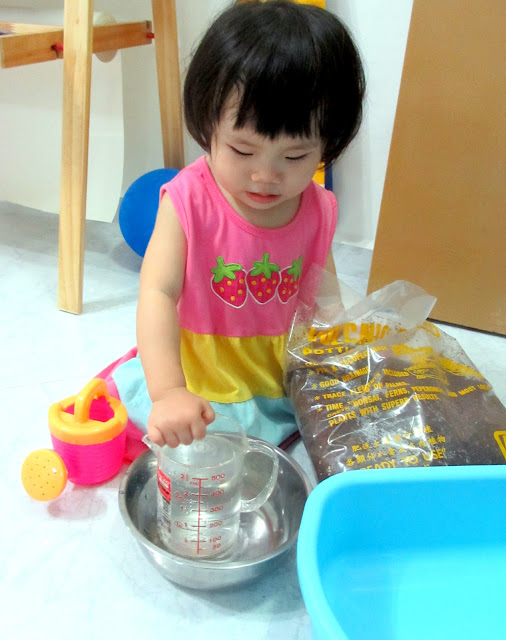 Fascinated with the water again, which was kind of expected! 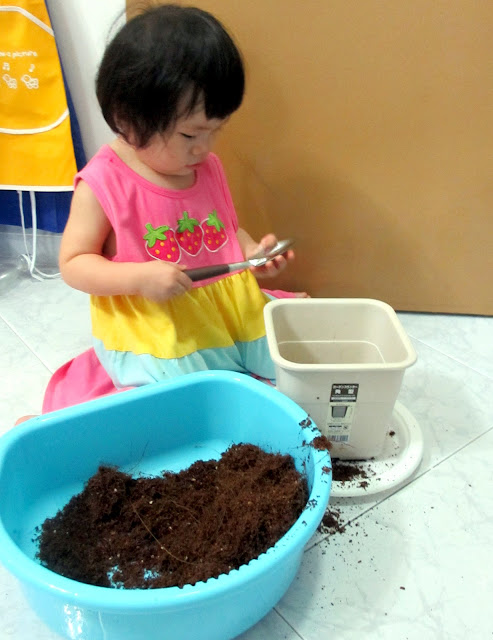 Mummy helped to pour some potting mix into a basin and handed Le Xin the mini shovel. She took it from me and started observing it.... 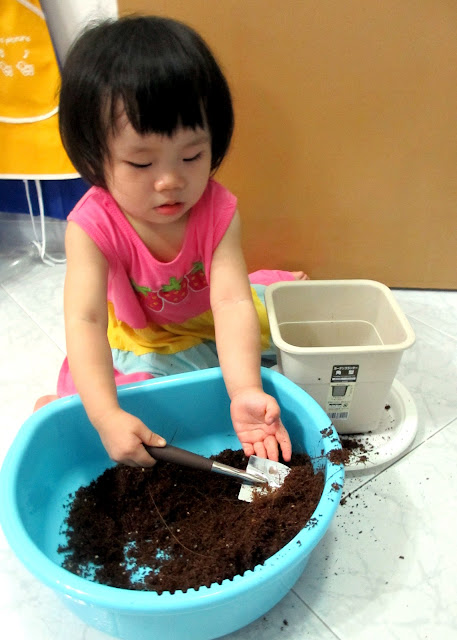 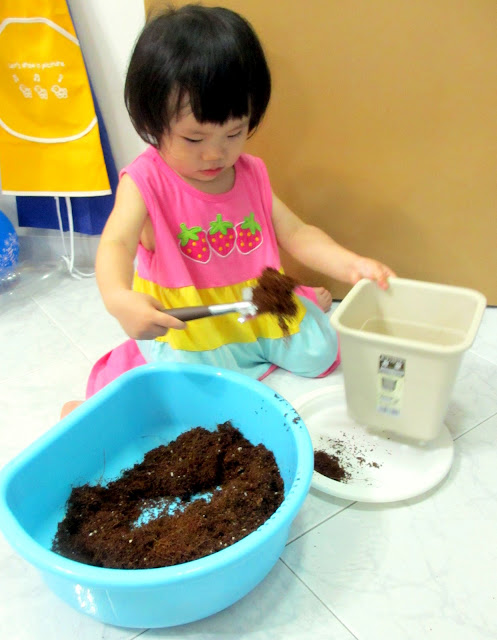 Good attempt....I like how she tried to balance the shovel... reminded me of spoon and ping pong game! 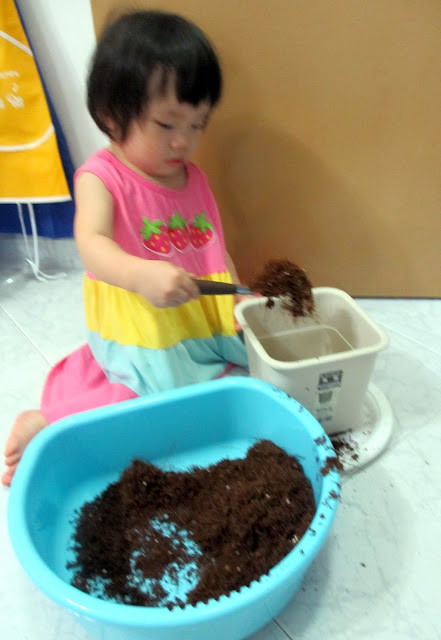 Le Xin transferred the potting mix into the pot and repeately did the same action for a few times and then she.... 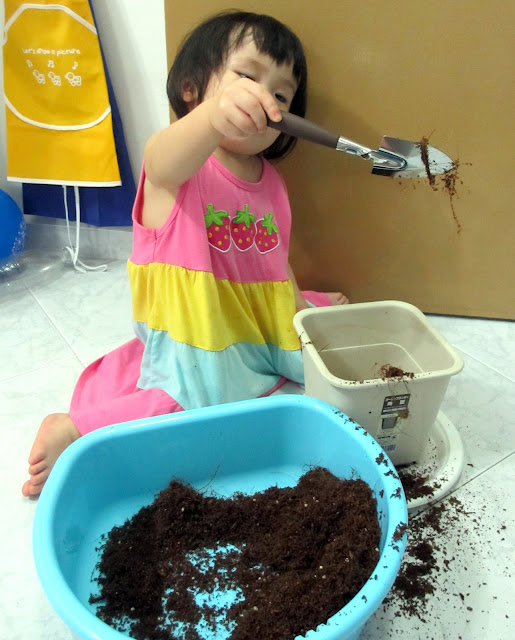 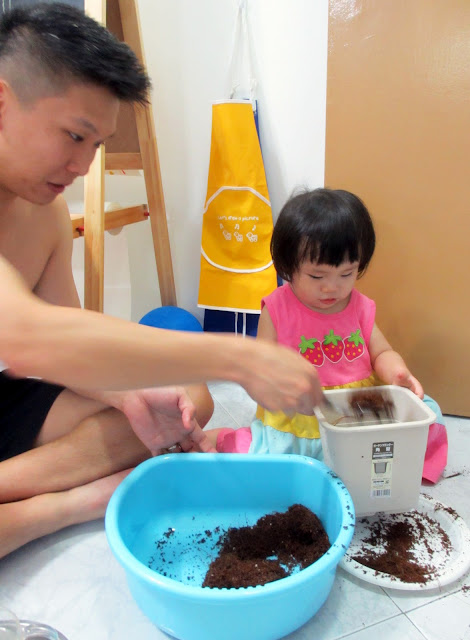 Fortunately Daddy Scott turned up to scaffold and facilitate which.... 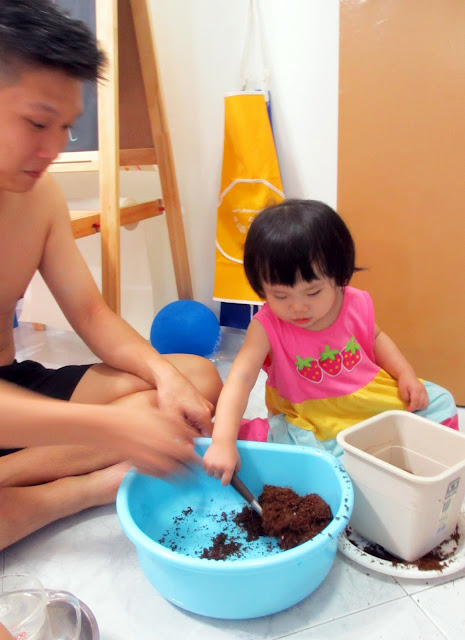 brought back her interest to explore once again! 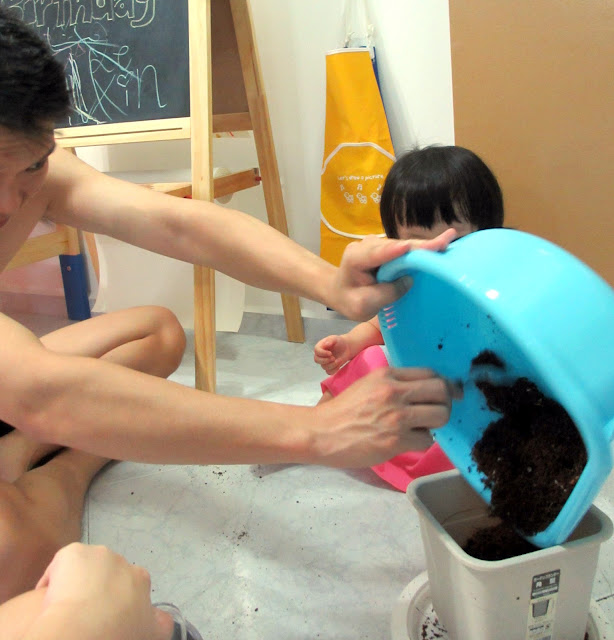 Whahahaha Daddy Scott was obviously quite impatient when it comes to this.....
He decided it's better to do it the faster and "cleverer" way :p 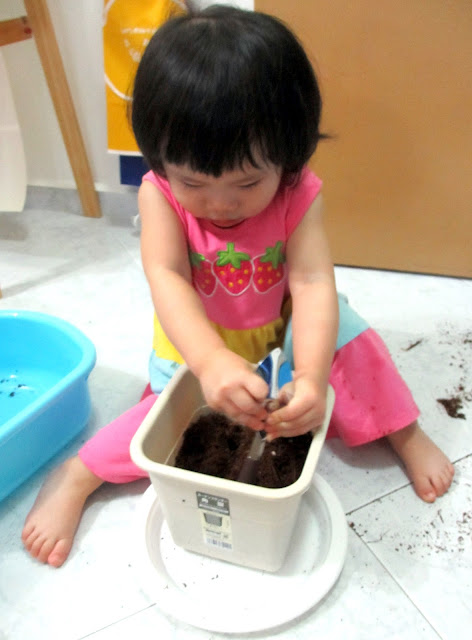 Le Xin was really focused in preparing the mix for planting. She was helping to dig some holes to place the seeds haha :) 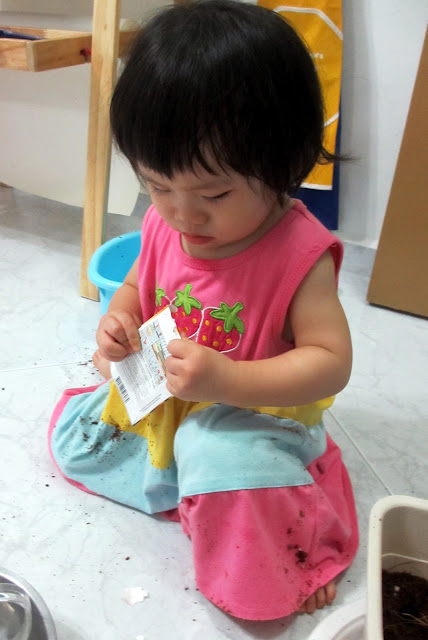 She tried to open the Marigold planting seed....but no luck....it's was just too difficult to open so she turned to Mummy and said Help Me! 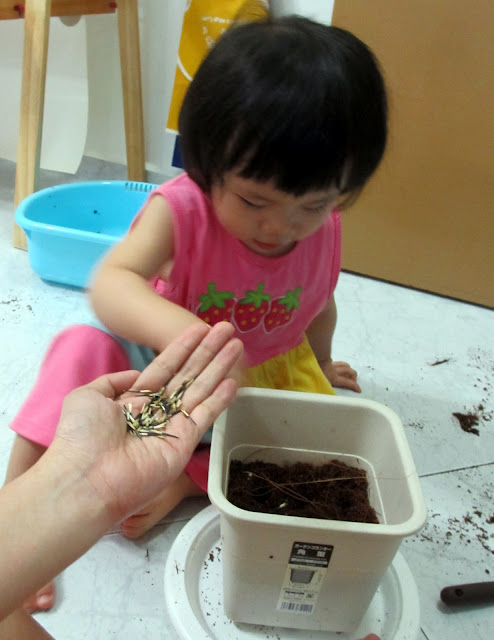 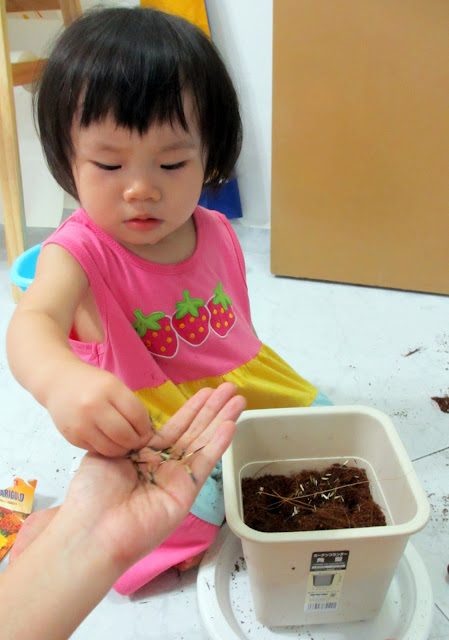 Le Xin picked up the seeds from Mummy's hand 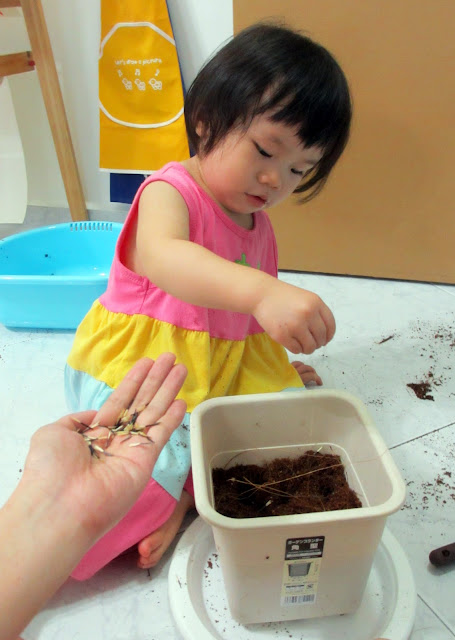 Next, she placed them into the pot, on top of the potting mix and Mummy helped to cover the seeds with more mix. 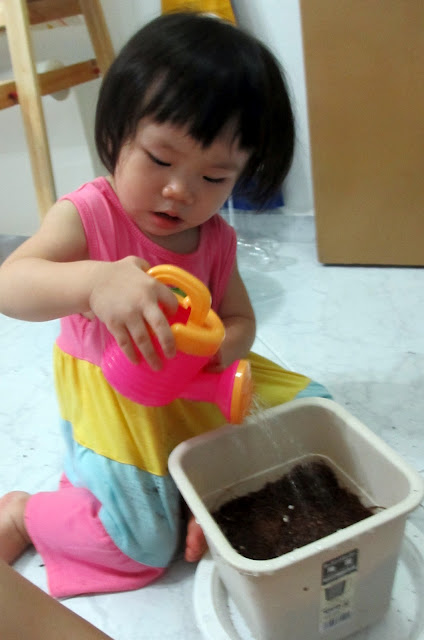 Mummy helped to pour the water from the measuring cup to the watering can where Le Xin happily watered her first plant :) 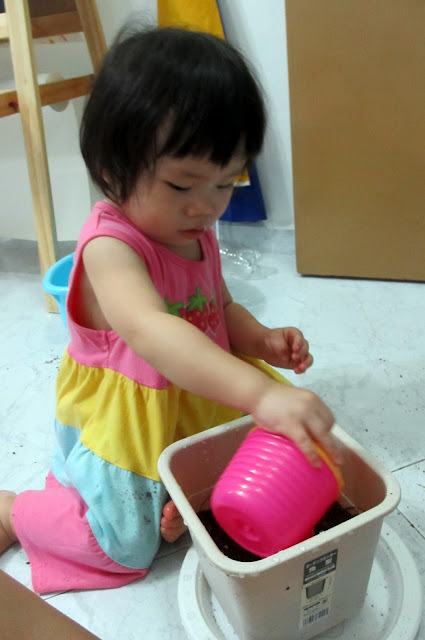 She became really excited and almost put the whole watering can in!
I didn't know that planting Marigold seeds can be such a cool and fun experience. Although I have to admit at the end of the learning experience the ground and Le Xin's clothes were all filled with the potting mix which was really messy! Embracing the fact that children learn BEST through MESSY PLAY.... I guess it's all worth the try! You can carry out this activity with your child/students too! Next week we will be exploring the idea of planting green beans in another pot of Volcanic potting mix...Wish us all the best :)